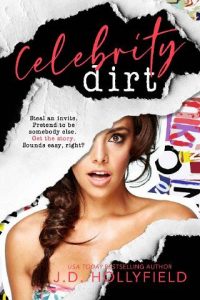 Getting the scoop can be deadly…

Since day one, working as a gossip columnist at Celebrity dirt, Chicago’s trendiest tabloid magazine, has been cutthroat. Now, after three long years of chasing that big break, it’s finally my turn.
It’s simple:
Steal an invite, pretend to be somebody else, get the dirt, make a name for myself.
Sounds easy, right?
That’s until I realized that somebody else is the same person who has a target on their back by Chicago’s most notorious mob boss.
But he’s not my biggest problem. No, my biggest problem would be the mob boss’s broody, sexy right-hand man with a serious chip on his shoulder who tells me the only way to survive is to trust and do what he says…
Now, I have to figure out how to play by his rules while getting the story and somehow not end up six feet under—or worse, under him.