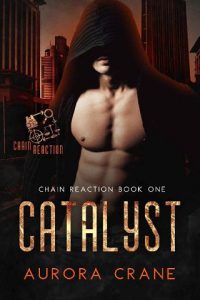 Detective Quinn Hughes doesn’t have many regrets in life, but Sebastian Devlin is the biggest. As a cop and a defence lawyer, the deck was stacked against them to start with, but Quinn was the one who left a burning inferno behind him. Missing his chance with ex-Special Forces Commando Peyton Sinclair is a close second on his regrets list, but Quinn isn’t going to ruin the happiness Peyton has found with fellow police officer Will McMahon for anything—not even a chance at his own happiness.
Best friends Will McMahon and Peyton Sinclair have been hooking up for years, content with their arrangement and the comfort they get from it. When Sebastian—the hot lawyer they picked up at the club the night before—stumbles over a dead body in their kitchen on his way out, calling Quinn is instinctive for them. Years of unacknowledged tension between Peyton and Quinn is a sore point, but Peyton trusts that Quinn will figure out the mess they’ve landed in.
While Quinn tries to find answers, Peyton and Will quickly find themselves tangled in the tension between Quinn and Sebastian. They’re hoping Quinn can move fast—before one of them becomes the next dead body—but the situation becomes even more complicated when another explosive night proves that Peyton and Will aren’t done with either Quinn or Sebastian, just as much as the two aren’t done with each other.
Between the mind-blowing night Sebastian spent with Peyton and Will, and the fact that every time he turns around it’s either Quinn or the barrel of a gun waiting for him, Sebastian has never had more regrets. If he can survive long enough to get some answers, maybe the four of them together are going to be the catalyst for a future that’s more wildly different than anything they’d ever imagined.