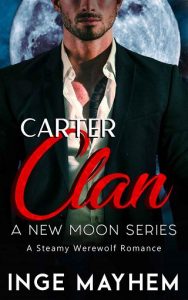 Harry realizes what he really wants, but it might be too late for him to get the doctor in his life again. Still, it doesn’t stop him from trying. He knows he has to keep Lance safe.
Lance doesn’t know whether he can trust Harry, after what happened between them. He doesn’t want to get hurt again. He struggles to make a decision for himself.
Carl is distraught because he has lost someone that he cared for. He resolves to go back to his former ways, but soon he learns that Lance is not the only one he has lost.