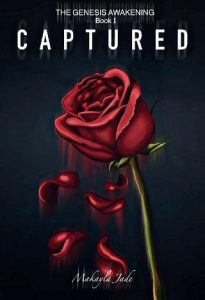 Emerson has always had nightmares…

But she didn’t ever believe she would be living in one, until she gets captured by the very people who murdered her mother and sent her father running far away.
After injecting herself with an amnesia serum in a desperate attempt to protect herself from her kidnappers, she forgets everything she’s ever known. But now she’s trapped in Calveron, the CSO’s highly guarded prison, being forced to share secrets she doesn’t have. What’s worse is that she’s being guarded by the annoyingly charming, Jasper Cunningham, who won’t seem to leave her alone, despite her futile attempts.
All Emerson knows is that if her nightmares have any connection to reality, she needs to get out of this place. Right. Now.