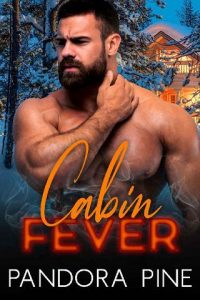 While attending a reunion of his frat brothers at a stately hotel in the White Mountains, Tanner Reign realizes nothing has changed since college. His friends still drink themselves under the table and hookup with random men. With two friends hungover and one still with his conquest, Tanner decides to take advantage of the gorgeous scenery and goes for a solitary walk on a nearby trail. When it begins to snow, Tanner doesn’t think much of it, until he realizes the path down the mountain is hidden under a blanket of white.

After being shunned by his family, bear shifter Kodi Grimes has settled in New Hampshire. Working as member of Fish and Game allows him to make a difference while spending a majority of his time outside. Being a Kodiak bear three thousand miles from home has its challenges. Number one on the list is staying out of sight while in bear form. Even though he is settled and happy, Kodi is lonely.

When Tanner has an accident in the snow, it’s Kodi who finds him and brings him back to his cabin. With no electricity or cell service, thanks to the blizzard, both men are stranded.

Undeniable sparks fly between Kodi and Tanner, who struggle to keep their hands to themselves. Will they give into the desire pulling them toward each other, or will Tanner run for his life when he discovers Kodi’s true identity?