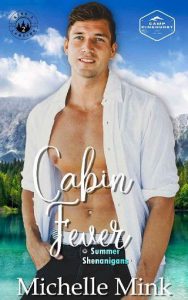 When the town’s resident Bad Boy meets the ultimate Good Girl, sparks fly and the world tilts on its axis.
Unlike most kids in King’s Landing, Spencer Norris grew up knowing that nothing was for certain, and most everything was temporary. Orphaned as a teen and sent to live with his uncle, Spencer believed that everything in life he’d ever get would be earned by the sweat of his brow and the dexterity of his hands—not some college degree. Sent by his uncle to Camp Pinehurst after high school graduation, his whole world changes when the woman of his dreams falls right into his arms. Literally.
Rosemary Malone didn’t grow up in King’s Landing, but in neighboring Clover Valley. Being her class’ valedictorian and securing a full ride to Hillview University have been what seems like her life’s entire focus and identity since she was seven. Now that she’s achieved it, she’s forcing herself to loosen up a little this summer at Camp Pinehurst. Can she let go of her carefully constructed plans enough to fit in a romance with the funny, sexy guy who she hasn’t been able to get out of her head since she got out of his arms?