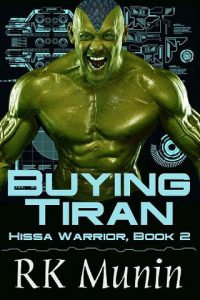 Created, along with her sister, to be an ornamental slave, Mara’s life starts as a piece of property. After years of captivity, she and her twin sister managed to gain their freedom but are quickly parted. Mara learns not only how to survive but also thrives in a universe that isn’t kind to humans.

Determined to find her sister, she carves out a life as a small cargo hauler and gives herself the last name Lost. Every chance she gets, she searches, combing through every port and station she visits. She attends distasteful slave auctions and investigates any rumor of a human that looks like her, ever hopeful that someday she’ll be reunited with her twin.
At one particular slave auction, she doesn’t find her sister, but instead finds herself purchasing an angry, roaring, giant of a man belonging to a species she’s only heard about but never met before. Regretting her impulse purchase the moment the transaction is done, she decides to release him with a few credits on the next station she visits. She doesn’t have time to fool around with anyone, let alone some furious, gorgeous, hulking male who’s much too appealing for her peace of mind.

Unsure about her intentions, Tiran attacks his new owner the moment he gets the chance. He plans to subdue her to gain his freedom, but he doesn’t want to hurt this female who’s done nothing to injure him yet. To his shock not only does she evade his attacks, but she manages to knock him out. Him, a well-trained Hissa warrior that towers over this slight female! Then after his attempt to overpower her, she is kind and gentle with him. This stranger who bought him at an auction only to promise to let him go requires more analysis. And considering how beautiful she is, perhaps the analysis should be done naked.
To Mara’s surprise, the fact that she manages to put him on the floor seems to make the male far more interested than she’s ready for. The next thing she knows she’s fending off attacks of affection and bouts of protectiveness instead of attempts to take over her ship.

All too soon her own heart is in danger, and she’s not sure that’s a risk she’s willing to take.