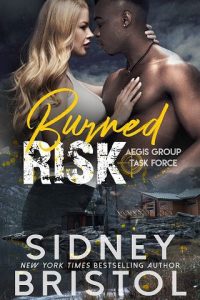 FBI Agent Samuel Jenkins is a man who believes in a good suit and a job well done. But now he’s languishing at a recovery center under witness protection with the worst company he could ask for. Jessica freaking Chapin. She’s a nosey lawyer who can’t leave well enough alone, and he’s been tasked with keeping her safe. But who will protect her from him? Every day tests his restraint and every night she stars in his fantasies.
Jessica doesn’t regret taking a bullet for her best friend. But the two months in seclusion while recovering with only the crabbiest guy on the planet for company? That she could do without. Though she would miss watching him sweat during physical therapy. He has the body of a god and the demeanor of a raincloud. She knows her unrequited crush is a bad idea. Samuel colors inside the lines. Jessica believes in doing whatever it takes to protect those she loves. Even carrying on a technically illegal investigation of her own.
Their bubble is burst when their remote cabin is attacked and the men have one goal: kill Jessica Chapin. Samuel won’t allow that to happen. No matter how far he has to travel, or who he has to burn. Jessica is his.