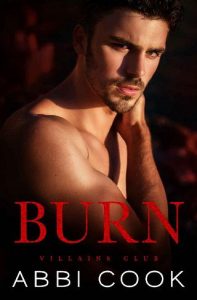 Julian Rule had a life he loved. He had his future all planned out, and he did everything they told him he had to do for that life he dreamed of.
Then it was taken away, and he was sent to hell.
Never truly a Rule like the rest of his brothers, now he wants revenge.
And if that means he has to burn it all down to get it, then that’s what he’ll do.
The world thinks he’s all logic and brains, but I know a different man.
A man who seethes at the wrong they did to him.
A man whose passion burns white hot when it’s just the two of us.
He’s ready to be the villain they forced him to be.
And I’m ready to walk through fire for Julian Rule to have what we both want.