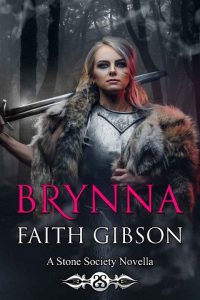 She’s a Norse Gargoyle princess who has waited over seven hundred years for her mate.
He’s a human architect who lost the woman he planned on marrying.

Brynna Holgersen has lived a life full of adventure. She’s tough and fearless, except when it comes to claiming her mate. When Brynna meets Travis, he is still reeling from the loss of his girlfriend at the hands of a crazed Gargoyle. She spends her time with him, as a friend. When they travel to Norway together, she’s ready to tell him the truth.

Travis McKenzie was content with his life until tragedy struck. Now, six months later, he’s falling for a sexy Gargoyle Princess, but the guilt is almost too much. And why would someone like Brynna want someone like Travis? When he goes to her Norse home, the closeness makes it harder to ignore his feelings.

A nameless, faceless threat finds the couple as well as Banyan and Urijah. How can they battle what they can’t see? Brynna and Travis’s future might be over before it begins.