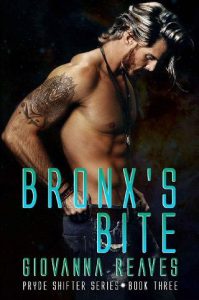 Fate has a wicked sense of humor when enemies become lovers.

After the death of his parents, Bronx Harrison had to take on the responsibility of his family’s company, not to mention taking the throne as the king of his sect. Bronx thought he’d actually found his mate in his childhood best friend, Jordan Sutton. Although they loved each other, there wasn’t any passion. With the threat of the Blackburn Hunters trying to kill his kind, Bronx put love out of his mind. When he was asked to extract information from a captured hunter, Bronx didn’t expect that the man would turn out to be his mate.
Captured and in the hands of the enemy, Kallen Blackburn was on death’s door and was ready to accept his fate. But just like everything else in his life, things changed. He was trained and conditioned to be the best paranormal hunter, but one mission had him going from hunter to hunted Since he was a child, Kallen’s world had been filled with torture and death. Love was something he had never experienced. His only purpose was to be used and discarded. When he failed on a mission and was punished severely, Kallen realized he needed to escape from the family business as a Blackburn Hunter.
Kallen thought he was incapable of emotions, let alone loving anyone. When Kallen encounters Bronx, he questions the meaning of life and love.