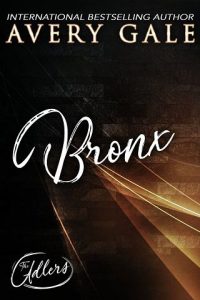 Frustrated was an understatement—Bronx Adler had been trying to catch whoever was breaking into his car dealerships for weeks. Operating on instinct rather than logic, he hadn’t alerted the police. Something he couldn’t explain kept holding him back. Expensive security upgrades don’t deter her, but when his inner wolf catches Kenya’s scent in the alley, he recognizes her immediately. Mine!

Kenya Star searched for months, looking for the other half of the medallion her mother gave her shortly before she died. Lisa Star promised the exponential power of magical totems would be the answer to Kenya’s every need, and right now, those needs were pretty basic. She wanted a place to live and to have her hearing restored. She didn’t want to steal something Bronx Adler probably cherished, but desperate times called for desperate measures. What she hadn’t counted on was her overwhelming attraction to him or Bronx’s insistence they were fated mates.

Drunken wizards, time travel, six medallions, moonlit magic, and a perfect shot by Lilly West follow Bronx and Kenya as they try to help the Council of Magic safely restore one of the most powerful magical totems ever created. Reassembling the piece and keeping it out of the hands of the dark forces brings the Adlers and Prairie Winds team together in predictably, unpredictable ways.

The ninth book in Avery Gale’s bestselling series, The Adlers, is a face-paced, magical, humorous, and sexy romp.