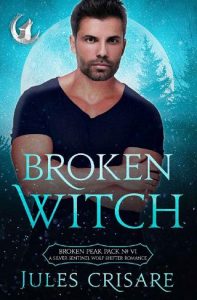 He’s resigned to his fate as the last unmated male in Broken Peak Pack and she’s fulfilling a thousand year old promise. But she’s his true mate and the one who will bring magic to Broken Peak … if he can keep her safe.
Tevin is the only member of Broken Peak Pack without a mate and doesn’t want one. He’s fine with the one night stands that don’t lead anywhere. Not if it means bringing a woman into the dangerous world of the shifters.
And then he finds Cassandra. She’s not like any of the others – strong, independent, elegant, and sexy. Everything he and his wolf want, even if it’s only for one night.
Cassandra is in War because of a promise made by an ancestor. She has every intention of leaving town, but fate has other plans for her. One night with of unbridled passion with a man, who happens to also be a shifter, has an unintended consequence.
An unplanned pregnancy.
But that’s not the only secret she’s hiding from the shifter who hasn’t left her thoughts since she first laid eyes on him.
Cassandra’s a witch.
With her life in jeopardy, fate and love face the danger. Will Broken Peak lose its witch and Tevin lose his mate. Or can Tevin keep the woman he loves safe?