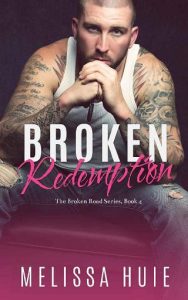 Sketch Davis had a reputation in the Special Forces as a soulless-killing machine with a penchant for interrogation. He excelled at it. He was a beast. But when he almost lost his humanity in the rainforest of South America, he had to put the beast in his cage. That is … until the Syndicate killed his younger sister in front of him. Now he’s just as lethal, as one of the commanders of Tactical Redemption, an elite undercover military team that is chasing after the Syndicate and the Cruz Cartel. Now the beast is ready to fight. Fight for the family he failed to protect. Fight for the family that surrounded him in his hour of need, for the woman that is the only one capable of taming the beast. This is his last chance at redemption.
Charlie Parker is used to being overlooked. Her older sister, Kate, is a kick-ass former FBI agent and now part of a Black Ops military team. Her older brother, Cole, rose high in the Seals. So Charlie is making her own name as a chemist with attitude. Her work with Bowen Biotech is going to replicate the drugs on the street and try to see how they can act against the deadliest of diseases and cancers. Her work is thrilling. Her love life – meh, not so much. Too bad the only guy she’s crushing on is her brother’s best friend. Moody, quiet, and covered in tattoos, Charlie knows that Sketch isn’t the monster he claims to be. If only he’d let her in.
But then life has other plans. Tragedy strikes Charlie’s normally quiet life, and the Syndicate is to blame. On the run to keep her and everyone else safe, Charlie and Sketch disappear and go off grid, knowing that the Syndicate and Cartel are hot on their trail. With no one to help them, they must depend on each other when the going gets tough. After weeks on the run, they let their guard down. And let each other in.
Until they receive a message that threatens the most innocent. Charlie must break a vow of her own, and Sketch’s redemption is broken.