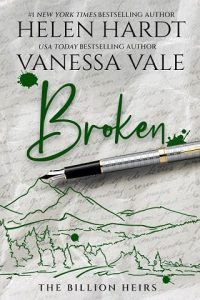 Two lost souls. A past that collides with the present. And secrets. So many secrets…

Unlike his two half brothers, Chance Bridger was raised on the family ranch with the father who left them billions. Still, he hated the man. He’s tried to escape his past, but that’s impossible, especially when it comes back to haunt him in the form of his first and only love.
Special Agent Avery Marsh left Bayfield at eighteen and never looked back, until a field assignment lands her back in her hometown fifteen years later. She’s taken care not to look into Chance Bridger, or even think about him. It would only lead to more heartache, and she’s had enough of that for one lifetime.
When the two former lovers cross paths, time melts away and their passion is still as intense as ever. But one is a murder suspect, and the other has a secret that could change everything.

The thrilling conclusion of The Billion Heirs!