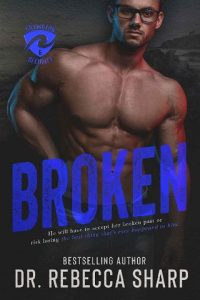 Roman Knight is a man of his word. When he swore to take care of his sister’s daughter, he meant it. And one fateful day gave him a chance to keep his promise. Quitting his job with the FBI, Roman moved across the country to tackle his hardest assignment yet—becoming a single parent.
Stevie Michaels is no stranger to sacrifice. Defined by her horrific and unusual past, all she wants is to live a normal life under the radar. So, she accepts an ordinary, unassuming nanny position for a newcomer in town. But when she meets Roman, it’s clear that wanting the dangerously handsome and adorably attentive single dad is one more sacrifice she’s going to have to make. A man like him could never want a woman like her.
Roman never expected the shy, attractive nanny to consume his thoughts or to be the missing piece to his newly-formed family. So, he pursues her—her hesitation no match for his steadfast persistence.
But someone doesn’t like their newfound happiness. And when Stevie ends up in the crosshairs of a serial killer, Roman will have to accept her broken past or risk losing the best part about his future.