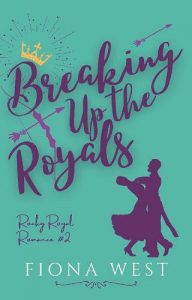 ‘Queen Abelia?’ She hardly thinks so.

Abbie knew it was going to be a challenge to maintain her independence while engaged to the king, but she didn’t expect to be saddled with security so soon. Now that she’s reunited with Edward, all she wants is to be together–as long as it’s on her own terms.

Enemies within and without are making Edward’s royal wedding look less likely by the day. His fiance is still miles away across the continent. And now he’s flying to a foreign country because his childhood friend has just been shot trying to apprehend his traitorous brother. When Abbie’s health problems flare, it puts a new kind of stress on their rekindled relationship. His bride-to-be can pick a fight, but not a dress…

When a threat from within the castle forces them to flee, Abbie and Edward decide to throw a masquerade with a secret of its own: a trap…with Abbie as the bait. Can they outwit their opponents before time runs out?