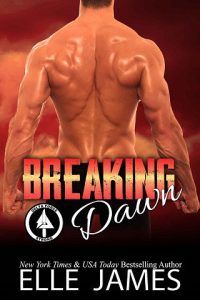 Lance Rankin never wanted to marry. He loved his career in Delta Force and knew it wouldn’t be conducive to a relationship. Until he met the woman of his dreams on a secret mission. Paired with a female Israeli Special Forces operator, he infiltrates a Palestinian stronghold to rescue a captured diplomat. He figured that after their mission, he’d return to his unit and the US never to see her again. He doesn’t make it out of Israel before trouble comes calling.

Raised by her military father, Mika Blue fought hard to join Sayeret Matkal, the elite special forces of the Israeli Defense Force. As a woman in a male-dominated career field, she can’t afford to get tangled in love. When her American counterpart saves her from a terrorist attack, she begins to rethink her aversion to commitment. Together with the joint task force of Israeli and US Special Forces operatives, they search for the terrorist responsible for killing the families of the team members who saved the diplomat.

When Lance and Mika are separated from the rest of the team, they rely on each other to save themselves and get their man. What they discover is a love neither expected and a secret that could destroy Israel.