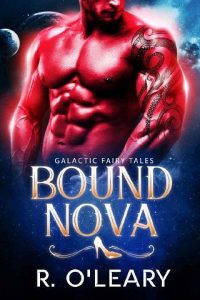 Happily ever after? Not quite.
Running a horde of lethal mercenaries? That’s easy. Filing all the paperwork? Var’ik would rather hurl himself into the vacuum of space. But that’s the warlord’s life now. Paperwork and meetings.
A lifetime of clawing his way to the top and Var’ik is… bored. His horde thinks he needs a new challenge, a new target. They think he needs a wife. He’s not quite sure which sounds worse: the pile of paperwork on his desk or being shackled to a whiny female. That is, until he meets her.
Callie is the best assassin in the known universe. Well, maybe not thebest—especially after her last assignment went sideways. It wasn’t her fault the savage warlord escaped… or that he’s hunting her through space… or that she finds him dangerously attractive. At least, that’s what she tried telling her boss.
Time is running out and Var’ik is circling closer. When the warlord catches up to her, she’ll have to kill him. Callie has no other choice… right? When two killers collide, will either of them survive?