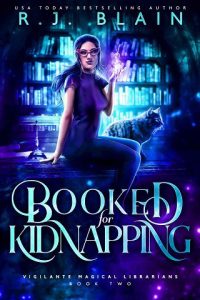 Following the assassination of Senator Maybelle, widespread rioting and unrest transform the presidential campaign into a lethal circus. With protests raging over the new bill, the government scrambles to restore peace and order.

Armed with a probationary private investigation license, Janette and her friends race against time to prevent the next murder. On the surface, the motive for the killings seems simple enough: the senate bill, if passed, would transform the United States into a militant dictatorship.

As hostilities around the nation intensify and the pressure of the investigation strains Janette’s relationships with her family and friends, she learns loyalty only goes so far, friendships are as easily forged as they are broken, and justice means little to those determined to preserve their personal liberties.

But when a murder attempt turns into a kidnapping, she’s left with one choice:

Uncover the truth, or die trying. (