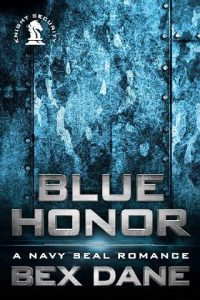 Falling in love with a spy was not part of the plan.

Former Navy SEAL Vander Knight is certain the woman he’s kidnapped holds the key to finding his missing brother.
All he has to do is break her down, and she’ll lead him to his target.
But breaking Misha won’t be easy. She’s gorgeous and she knows how to use her beauty to bring a man to his knees.
With time running out, he has to resist her tempting seduction and use every trick he can to make her reveal her secrets.
His brother’s life depends on it.
Forced into a dangerous career as a Russian agent, Misha isn’t allowed to love.
Anyone she cares for is ripped from her grasp and killed.
When Vander works his way into her heart with a stray puppy, she vows to protect them both from the ruthless men who control her every move.
Even if it means she’ll have to sacrifice herself to do it.