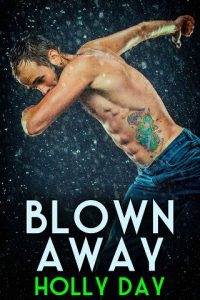 Espen Urso would rather stay inside and enjoy a nice, sweet cake than be out in the worst storm of the year. But there’s a group of alpha shifters trespassing, and he needs to defend his territory and keep the people in his village safe. A group of wolf shifters he can scare off, but when he realizes they’ve hurt a defenseless little bird, he loses his patience.

Arvid Rai is having a bad day. He’s an omega on the run, with a group of alphas on his tail. If there hadn’t been a storm, he could have easily flown away before the stupid wolves got their hands on him, or the angry bear noticed he was in his territory. But there is a storm, and the idiot who grabbed him broke his wing, so now he can’t fly anywhere. Still, he deems it best to stay with the growly bear rather than having the other alphas fight over him.

Espen has never believed in the myth of omegas, and it isn’t until he takes Arvid in he realizes how much trouble he’ll be in when shifters from near and far learn he has one in his home. Will he be able to keep Arvid safe from other shifters? Is it even possible to defend his territory with an omega in it?