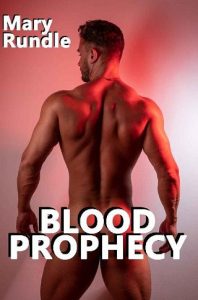 Finally free after spending more than 50 years controlled by a cruel master, Lucius has one goal only—return to the family taken from him when Valerian transformed him into a vampire. But he soon finds that even though his master is now dead, a death grip on him remains. Stripped of his powers to translocate and in constant pain, Lucius’ only hope is to follow a force pulling him toward a place he hopes will end his suffering.

Brady, a retired attorney, who worked at the Witches Governing Council, arrives at the Blackwood Pack after agreeing to help one of the pack’s brothers whose mate is the new Ruler of the Mystic Realm, and whose life is in danger because he wants to end the blatant corruption and exploitation of low level magic users.

Brady meets the pack’s members and is in awe of the powers the Fates have bestowed on them. But, after his previous years of dealing with the unscrupulous members of Witches’ Governing Council—and then being ousted for his efforts to achieve justice—he’s become distrustful of outward appearances.

Called into Alpha Blackwood’s office, Brady learns the Fates have given him the young vampire as his mate. But Lucius, having been found unconscious, lies dying, and Brady must decide if he is willing to do the only thing that will save his mate. Eventually, Brady and Lucius begin a journey, where both past and present are woven together until both achieve the love and happiness they always desired, but never knew how or where to find.

This is part of a continuing series by Amazon International Bestselling Author, Mary Rundle – reading the previous titles is advised. Readers will enjoy catching up with members of the Blackwood Pack and reading about what is happening to them as the pack does what it does best ̶ caring for one another, fighting evil, and helping shifters everywhere.