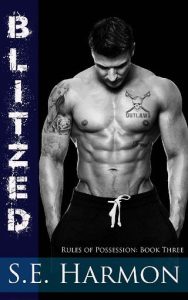 NFL tight end Andrew McAdams isn’t thrilled to be sidelined with an injury. He’s even less thrilled about his legal troubles. Community service is the only thing standing between him and jail so…yeah. That’s a no-brainer. It’s not all bad news, though. He gets to work with Jesse Fox, who is as gorgeous as he is guarded. And there’s no rule saying he can’t do his hours and have a little fun. Right?
Wrong. Jesse may have to put up an athlete using his center as a “get out of jail free” card, but that’s where he draws the line. And who cares if Andrew is unexpectedly sweet and thoughtful? The people in Jesse’s life think he should get a life outside of charity work and find love. And maybe he will. But it won’t be with a playboy NFL player wearing an ankle monitor as an accessory. Besides, anyone who dated someone like that would be thrust into the public eye. Jesse has worked hard to become someone else—someone better—and he’s not about to dig up the past.
That’s just not a game he’s willing to play.
Too bad it’s not in Andrew’s nature to give up on something he wants. It may have started as simple attraction, but now it’s much more than that. He doesn’t just want Jesse for now…he wants Jesse for always.
And that’s not a game he’s willing to lose.