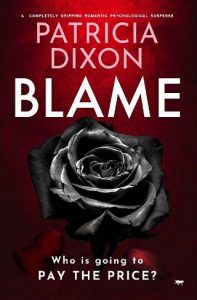 Who is going to pay the price?

Someone is after Frankie and her friends…
Frankie is running away from her past, and the repercussions of a night that changed her life forever. Hoping for a fresh start in France she unexpectedly and inconveniently falls in love.

Unbeknown to Frankie, back in England, the wheels of fate are set in motion when Herbert Dunne, a convicted murderer, is released from prison.
When he moves in with Margaret, a woman who he has formed an unlikely relationship with, their dark sides gradually emerge allowing inner demons to blossom.
News of Herbert’s release once again rocks the small village of Elkdale and as they remember the young woman he murdered, old scars are reopened.

But what is Herbert hoping to achieve by stirring up the past?
Soon, bitter emotions surface and someone seeks revenge. Someone who is going to make sure they all pay the price…