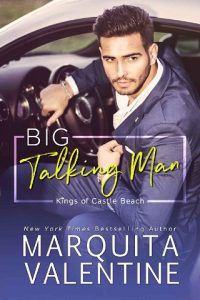 Growing up, Tate Prescott was just my older brother’s best friend, but over the years he became my first love… and my biggest secret. Yes, you read that right…Tate Prescott, *The Tate Prescott*, Hollywood Superstar and now the most sought after movie director in the industry is *mine*. We’ve hidden our relationship from the world for so long that it’s become second nature. The last thing we wanted was a media frenzy to rain down on us. But after my little brother drowned at sea and I became wrapped up in the guilt of knowing that his death was my fault, I shut down… and Tate left when I needed him the most.

Four months have passed since then, and now Tate’s back in town, demanding that I give him thirty days to make our relationship work. All I want is to forget about the mistake we made the weekend my brother died. Only Tate’s not so easily deterred and he’s not just some big talking man from Hollywood—he’s my *husband*, and he wants a second chance to prove to me that he can win back my heart. I still want him. I still love him. But can I forgive him for abandoning me?