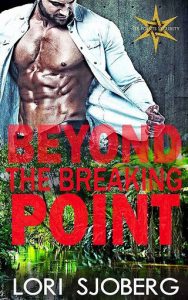 Four years ago, Special Agent Wade Flint nearly died at the hands of a vicious drug lord. Now he’s finally uncovered where the scumbag is hiding in the jungles of Central America, and it’s time for a little payback. They say revenge is a dish best served cold, but Wade plans to deliver it piping hot and ram it down the bastard’s throat.

He didn’t expect to rescue a beautiful American doctor along the way.
He didn’t want to feel the sizzle of attraction.
And he sure as hell didn’t expect her to awaken things inside him that he long considered dead.

His thirst for vengeance may have kept him alive, but only love can give him something worth living for…