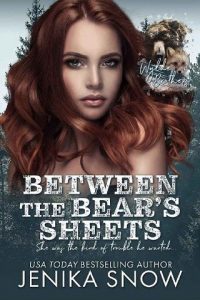 Talia Landon, a red fox shifter, knew she was in trouble when she saw Ford Wylde for the first time. The alpha bear shifter was the type of male she should stay away from.He had this darkness he wore like a second skin. It should’ve had Talia keeping her distance, but instead, she was drawn to him even more.
But what was supposed to be a one-night stand turned into a mating with a Wylde bear.
Ford had enough baggage from his past to drown him, but the moment he saw Talia, he felt something in him awaken for the first time in his life.She was his mate.But when someone from Ford’s past tried to insert themselves back into his life, Ford had to make it known Talia was his, and nothing and no one was going to get in the way of him claiming his female.