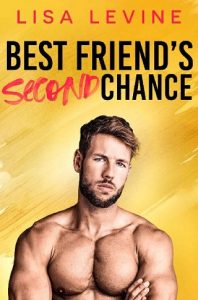 When you have a crush on a man who is not just your best friend but also a player, you should bury that crush in a place where you can never find it again.
I should’ve done that.
But instead, I acted upon it.
Easton Wilder.
Billionaire, powerful… just like the rest of his brothers.
We’d been friends for so long and the last thing I wanted was to spoil what we had.
Because there’s no way this friendship would survive if I gave him my heart and he shattered it, which he definitely would.
I watch him hitting on women all the time and as much as I hate it, I’ve got no right to him. I’m saving myself for the right man, and his actions indicate that he’s the opposite of Mr. Right.
Easton is just my best friend. And even though he tells me that he’s changed, I don’t believe him.
I don’t believe him when he says that he’s ready to find “the one.”
And that “one” could be me.