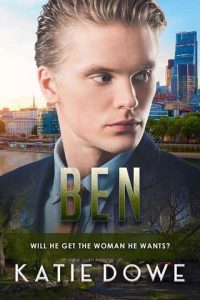 Zuri Rihanna Rowland was a New Yorker through and through.
She had fought the odds of an alcoholic mother and a father who had disappeared when she was a baby and the thirty-year-old was now working at one of the most prestigious art galleries in New York.
What she did not have however was a man!
Yet when the very British Ben came into the gallery, he was the very last person she would ever dream of being with…
Billionaire heir Ben Henry Chamberlain had spent his life doing all the right things.
But when it comes to love, he decides that he wanted more than some bloodless English woman who was going to make his life miserable…
He wanted an American!
And now that he has met the woman of his dreams, he is determined to change Zuri’s opinion about him!
But previous relationships have made Zuri jaded about love…
Will Ben be able to thaw her frozen heart?
Or will she end up breaking his?