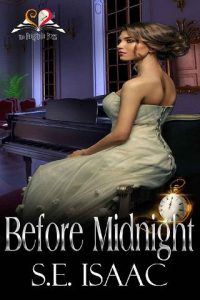 Ellie Griswald’s life was flipped upside down when she was ten and her father married the witch– Clarice Mayweather. Clarice and her two daughters, Eliza and Nicole, soon moved into Griswald Mansion, making Ellie’s life a living nightmare. Her father was always working, leaving her to deal with her controlling new step-family, who forced her to cook, clean, and cater to them like a servant. Every time she tried to tell her father of the abuse, her stepmother and stepsisters would lock Ellie in the attic and tell her father Ellie was away at camp. Once he left for work again, Ellie would be freed from the attic and the mistreatment would start all over. This went on for years with her father oblivious to his wife’s abuse of his daughter. As the years passed by, Ellie gave up on trying to speak up for herself, and instead found solitude in the attic, dreaming of the day she’d have her happily ever after.

Fast forward fifteen years, Ellie has been away for nearly a decade and swore she’d never return to the fortress of hell. She had every intention of staying away; however, her father has fallen ill, and it’s time for her to go back to attend to him and the estate. Knowing Clarice, Eliza, and Nicole will be waiting for her arrival, nerves and fear have filled Ellie once again. But little does Ellie know, she won’t be facing them alone. This time… there’s a fairy godmother in her corner.