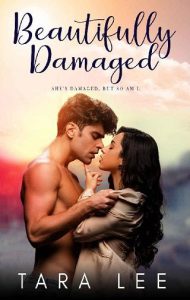 She was a possession I needed, one I craved. But could I keep her?

Brantley
I was ruthless, violent and took no mercy. My enemies knew I meant business. I was labelled as cruel, cold-blooded and savage. My name and my family’s proceeded me but one woman held my heart; my daughter.
She was my entire world and the only thing that mattered…until her, Imogen Chamberlain
She was never part of my plan. But she called to a part of me, a part I didn’t know existed.
They call me a savage, a destroyer of evil, a creator of chaos, but the moment she came into my world, it all changed. I didn’t just have one woman to save, I now had two.

Imogen
My life was destroyed in one single night. The girl I was no longer exists. I was damaged to the point of no return.
Until he found me, Brantley Vincent, and became my saviour. What was it about this man? He made me feel different, he breathed life back into me.
He was powerful and dangerous. Wanting him is wrong that much I knew but he had a darkness within that calls to me. Feeling anything for a man like him was terrifying but when he shows me just who he really is, there’s no turning back for me because it’s too late, I’ve fallen for the one man I should be running from.