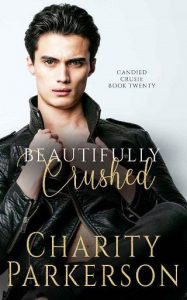 All Kye wants is a nice guy. Sonny is that guy. Kye thinks he’s full of it.

For months, Kye flirted his cute booty off to get Sonny to ask him out. After Sonny unexpectedly kissed him, Kye thought he was finally going to get his man. That was six weeks ago, and everything has changed. Now Kye can’t stop hiding from Sonny and avoiding his calls. After Sonny stood him up, he’s lost his chance as far as Kye is concerned. Kye has no interest in giving Sonny a second chance. End of story.

Kye makes Sonny insane. Sonny is as unused to being flirted with as he is to being the bad guy. Guys like Kye don’t date guys like him. When he made dinner plans with Kye, Sonny can’t explain what happened. He freaked. Now, he’s had time to think, and he realizes he’s an idiot. Kye obviously genuinely liked him. Unfortunately, no matter how hard Sonny tries, Kye won’t give him the time of day. Sonny has no clue how to fix it.

Kye and Sonny are looking for exactly what they could find in each other. If only they would stop overthinking everything and ruining their lives.