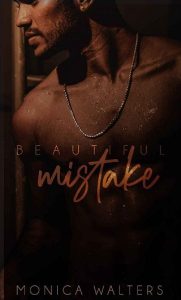 Things can be rectified, if only given the chance…

Kai Booker has created a new life for himself and moved on as Nathaniel Rhodes. Besides the constant nagging of the loneliness he feels, he’s safe and his cover is secure. After seventeen years of being under the radar, there’s only one issue… he misses his one true love. Being with one particular woman that reminds him of her only amplifies his desire for her. He’s willing to risk everything just to see her again. However, will seeing her from afar be enough?

Sonya Taylor has been living in the lap of prosperity and passion within her marriage for the past thirteen years with her high school love, Shawn Taylor. Overcoming the tragic loss of her fiancé came at a cost. However, it was Shawn that helped her through it and after five years of running from him, she succumbed to her desires as well as his and married the man she believed was meant to be her life partner. She’s sure in her relationship with him until things take a turn.

Shawn Taylor has been living the best years of his life. Being able to love on the woman he’s loved since the age of fifteen, has been a dream come true. There have been obstacles to overcome and challenges to defeat, but he’s done it by any means necessary and lived a life of triumph. However, his insecurities creep in when someone from the past threatens to tear down everything he’s built with Sonya, which would leave his life in ruins.

Some things are better left in the past, no matter how misconstrued the facts are. Lives have changed and people have matured and moved on. Emotions have been subdued and hurt has been overcome. Revelations contradict what is presumed as truth and threatens to destroy lives, families, and the overall well-being of the individuals involved.

The drama quickly unfolds, and they all have decisions to make… decisions that can crumble everything they’ve built. Will they be able to get past this revelation or will it harden their hearts and consume their souls?

*This book is an extension of the Sweet Series books by Monica Walters. These books should be read before reading this one.