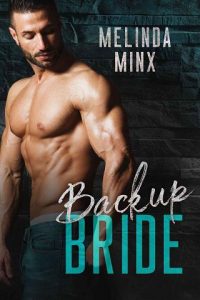 My brother’s best friend. The guy who ruined his own life to protect me. The thief who stole my heart and then locked his own in a steel cage.

Years ago, Roman Pierce saved me from my own stupid decision. Protecting me cost him everything. He lost his scholarship, his hockey career, and everything he cared about because of his best friend’s stupid little sister. After that, I was too ashamed to ever look at him again.

But Roman Pierce always had a way of landing on his feet. The next time I saw him, he’d grown into his boyish good looks. He was also a billionaire who had it all. Or so it seemed. After a few drinks, he admits his perfect life is about to come crashing down. His empire came at a cost, and now he has to pay up by marrying a mob boss’s daughter.

Lucky for him, I’ve been waiting for a chance to pay Roman back for fixing my mess all those years ago. I’ll be his backup bride and marry him before the mob princess can get her hands on him.
I’ll be the perfect pretend bride, if I don’t fall in love trying.