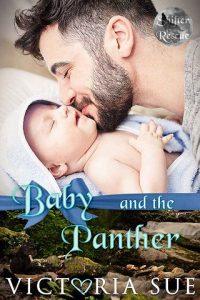 Marco knew Kai was his true mate, but to keep him alive, he had no choice but to let him go.

On the run from his panther clan and family, Marco had tried to bury his shifter side and settled into a near-human existence, working as a medic for the ranger service. All that had gone to hell when he met Kai and fell instantly for the gorgeous omega, putting them both at risk from the torture and death he had escaped from.

Nobody had ever wanted Kai—not his family, not the alphas he’d been sold to, and now not even his true mate. Rejected and humiliated, Kai runs right into the exact trouble Marco had tried to save him from.

Finally, just as Marco gets him back, a betrayal he never saw coming hits them both harder than either of them were ready for. Marco won’t just need to battle to save Kai and their unborn child—he’s going to have to start a war that’s never been fought.

And he’s going to have to win.