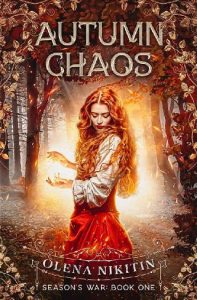 My magic made me the Harbinger of Chaos. My temper made me an outcast. I am the force that can break the kingdom.
And now I’m tied to him…
As strange monsters terrorise the land of Cornovii, the life of an exiled mage is thrown into turmoil when a half-dead warrior is brought to her door.
With no other choice, tapping into the depths of her magic, Lady Inanuan of Thorn inextricably links her life to Captain Marcach of Liath, pulling him away from the jaws of death. However, the witch learns that no good deed goes unpunished, not even if you’re friends with the Forest God.
The body count rises, and soon Ina must use the forbidden spell again to save the captain’s best friend, Sa’Ren, and the connection her magic forges with both men awakens not only dark desires but also an ancient bloodline and creates an intense rivalry threatening to break warrior’s friendship.
Unwilling to give up her new freedom, Ina must follow the clues to uncover the truth behind the plague of monsters, all while she struggles with unwanted passion toward the two men. But will the witch who doesn’t believe in love be able to deny her feelings as she attempts to clear her name, or will the kingdom fall before she can solve the mystery?