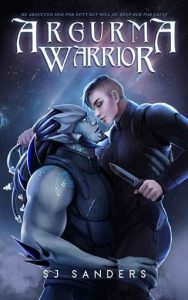 For Kaylar’monushava’dresh, receiving coordinates to the human planet, Earth, was supposed to solve his most immediate problem of satisfying the council. They wanted a human female, and as an elite warrior he was to provide it—even if he did let his cousin’s female escape with her mate. His calculations for success were high. He even provided extra insurance for himself by picking up a biotech hatchling.

And… nothing goes to plan.

If being crashed on an island on Earth and surrounded by hideous amounts of water were not bad enough, E302, the hatchling that caused the crash, is growing rapidly to monstrous proportions and he is trapped with an alluring human who is rapidly making him forget his duty. Can they escape the island and E302 intact, and will he succumb to the greatest temptation of all—one he believed he would never have—a mate to call his own.

Over a year ago, Meg Hart escaped the Red Reaper camp but life at The City wasn’t all that it was cracked up to be. The division between the camp girls and the other women they arrived with at The City never seemed to let up. There was no forgetting her past, so she sought to escape it the only way that seemed reasonable—leave and join up with the one of the migratory bands that traveled along the coast. If only she could find them. Getting kidnapped by an alien wasn’t in the plans but its all good because she’s pretty sure that Terri sent him after her. It couldn’t be coincidence that they were the same species.

Now if only they could get off the island without being eaten, her future promises to be brighter, especially with the closeness she’s begun to feel toward Kaylar. Keeping positive isn’t so hard until his true intentions come to light. Finding a way forward from that is difficult enough but it suddenly becomes a lot more complicated when the island’s secrets come to light. She can’t help but wonder if she will get the second chance at life that she wanted. Or does the future have something far worse waiting for them?