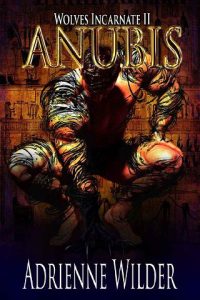 It was supposed to be over: The Utah Facility discovered, New World Genetics dismantled, and those hunting Luca—dead.
Then strangers who call themselves Varu come for Luca for help. They claim he’s a Cana and tell him he’s the only one who can bring back their wolves.
Nox doesn’t want to trust them, then he learns people called Mah are responsible for the atrocities committed in the Utah Facility. And how the Anubis residing inside Nox will consume him and destroy Luca.
But the Varu promise they can protect Luca if Nox lets them cure him of the ichor.
Luca knows the perception of the Varu is corrupted by the tragedy that decimated their people and separated them from their wolves. He also knows the Anubis isn’t the mindless entity they believe it to be, a danger to him, or the world.
In fact, the Anubis might be the only thing strong enough to unite a warring people and protect humanity against the real enemy who wants to enslave it.
If Nox won’t listen to reason, Luca will use the Anubis to save them both. After all, Luca is Nox’s Alpha. And the Anubis is really Luca’s wolf to call.

This book is a part of a series. Please read NoX first.