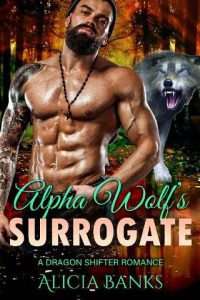 After years of trying, the Alpha King must have an heir—no matter what it took.
The Beautiful Outsider
As an outsider in the Royal clan, all I wanted to do was belong.
I was willing to do anything to prove myself and my worth.
A tournament with a tempting prize reeled me in. This was my chance.
I won, somehow, but soon learned that the king had not been honest.
He wanted me for something else, to be the Royal surrogate!
The traditional way an heir would be brought about made me blush.
Cloud wouldn’t take no for an answer, like I could say it anyway.
When he was close, the Alpha King made my body scream with desire.
I tried not to fall for the king, my enemy, but I didn’t know how to stop.
The Alpha King
My mate was fated to me, the title of king was given to me at a young age.
I had everything, I should be happy.
The one thing I didn’t have though, was the one thing I needed.
An heir. I had to have one to secure my clan’s future.
I needed a strong woman to carry my heir, one that I could keep close.
The tournament brought out the best the clan had to offer, Moonlit winning it all.
She had my attention, and soon after, she had my love.
My clan could never accept her or the truth.
My wolf doesn’t care who she is or where she came from.
My inner beast just wants her.
I had to make her mine and I would go against anyone to have her.
Anyone. Even my own family.
Will the Alpha King be able to save his love from those in his clan who fear the change she brings?