Home
Paranormal / Sci-Fi
Alpha of Her by Vera Foxx (ePUB) 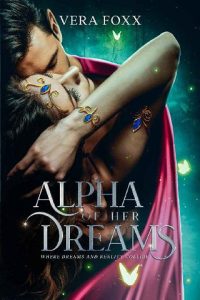 Seraphina Rinaldi is the third child of the infamous Italian mafia leader, Dario Rinaldi. Seraphina is the youngest daughter and is the final card to help her father rebuild his empire after a devastating blow to his warehouse. This warehouse had a new style of weapon that would bring his enemies to his feet, biochemical warfare. It left him broke when it all went up in smoke.
Seraphina’s mother secretly had her trained to protect herself after she heard of her husband’s plans to marry off her daughter. As the young girl was homeschooled during the day to be prepped to be an older man’s new wife, she trained her body at night.
Seraphina’s mother was able to help her daughter escape and give her a brand-new life to start over.
Meanwhile, a set of twin, virgin, werewolf alphas were on their grand adventure to seek their mate. They had waited long enough, and they wanted nothing more but to take their virgin selves and make love to the woman that would become their Luna. Dax and Dimitri are unexpectedly captured in wolf form and imprisoned in a human dog pound. Unable to shift back without giving themselves away, they stay, wait and pray that the goddess will humor them and bring their mate to him.