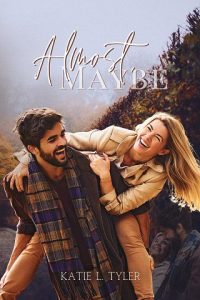 The world around us isn’t as forgiving as the people who love us the most.

Sometimes we try so hard only to meet a dead end on a path that we thought was the right one. I met Matty in sixth grade. I fell in love with him over the course of our adolescent years. The thing about us is there never really was an us. There was a promise, an almost, a maybe. Somewhere down the line I have full faith our stars would’ve eventually aligned. It would’ve been right. It would’ve been perfect. But not everyone is meant to get a fairy tale ending. Especially when the person I was destined to be with happened to be his best friend.

Growing up, Mya Jackson has always been the plus size advocate in her family.

After being constantly degraded by friends, relatives and random outsiders, she accepted that she didn’t deserve happiness. Battling mind over matter, Mya worked through her inner demons and changed her perspective on her body as well as what she wanted in life. Actions speak louder than words and scars manipulate the heart from healing completely. Only those who are strong enough can come out alive.

Matty Edwards, captain of West Creek High’s football team, a role model to many, and most importantly, a best friend to Mya Jackson. While being faced with many adversities in his life, one of the hardest trials of all has been caving in to the pressures of being popular while struggling with his own internal conflicts. Hidden secrets are never meant to surface, but when a prideful image was more important than the desires of his heart, he lost the one thing that meant the most to him, her. Little did he know his best friend Kameron was awaiting his fall to sweep in and steal the woman of his dreams.

Time waits for no one, but in the end, timing is everything.