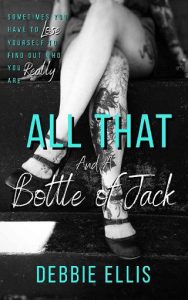 Frontman of Emissaries, Nick Zwei, finds himself in a bit of a situation when his label sends him on a mandatory trip to their division in South Africa. Nick urgently needs to sort out his life, get his act together, or risk losing his record deal.
As if being in a foreign country isn’t bad enough, his new boss has set him up with Liana, a personal assistant who can’t stand his guts. However, after touring and working on a few events together, neither are able to deny the chemistry. While fighting his demons and trying to win his new love interest over, Liana’s ex-fiance, Hunter, decides to put a stop to Nick making moves on his girl — even if it means getting rid of him for good.
Nick is caught between his love for the industry and his love for Liana. Will relapsing to his old ways put an end to him, or will he be able to tap into the person he lost years ago?