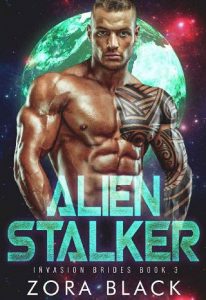 Viscount Gargula has worked hard for his promotion. He never expected to be transferred to the mudball planet of Earth.
The Krenim conquered the pathetic animals known as humans with little resistance. A friend suggests that Gargula attend a gladiatorial game at the Glory Dome, in the ruins of the human city of Chicago.

It’s where he sees Hera McCloud.
Her dark hair and blue eyes captivate him. She’s a statuesque and athletic fighter who is offered up to Krenim VIPs for their use during their visits. But when circumstances force her to snap, she makes an attempt on Gargula’s life.
Intrigued, the Viscount takes the human fighter for himself. His plan is to train her to serve him. To make the ideal pet. One who will obey her master without question or rebellion. He seeks to beat the savagery out of her. But there is something he doesn’t know.

It is he who will be tamed.