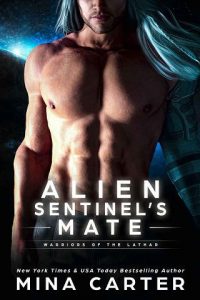 Being rescued by aliens doesn’t mean she’s going to marry one… not unless he’s hot. Asking would help too.

Then a warrior from another clan tries to claim her and all bets are off. Whisking her away to his homeworld, she discovers Mr. Doesn’t Talk about Feelings has been keeping secrets. Ones that might get them all killed…

She’s his, but with tainted blood, how can he claim her?

From a family the lathar would rather forget, Seren long ago resigned himself to being the last of his line. But fate has other ideas, putting a beautiful human female in his path. Gracie is everything he never knew he wanted in a mate. But how can he ask her to take on a mate with cursed blood?

When a B’Kaar warrior tries to claim what’s his, long-suppressed instincts flare to life. He’ll take Gracie home, keep her safe and persuade her that he’s the only male she’ll ever need.

But fate, and an ancient and malfunctioning orbital weapon, never makes things easy. They must face their inner demons and find a path to each other… or die in the attempt.