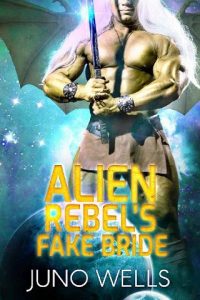 Crystal:
Truth be told I’ve always been a little jumpy but being kidnapped by aliens shoved my anxiety into high gear. They buy and sell us Earth girls like chattel. Stealing us from our dying planet and keeping us on lockdown until they’re ready to trade us away.
When my fellow humans and I are rescued by the savage Draconian Warriors things get better, but we’re not free. So the other women leverage me into mating one of the Draconians in a grand scheme to take over the ship.
I’m nothing if not a team player but why did it have to be the huge scarred one who’s as socially awkward as I am? Deceiving these brutal warriors seems like a really bad idea, the kind that could cause a small human like me to wind up dead, or worse, desperately in love with a massive, winged, and tailed alien.

Drake:
I live for nothing more than starting a revolution among my Draconian brethren. I will set us free, at long last, from the misery of our Draconian Queens who have been driven insane by a parasite.
I don’t have time or desire to rescue the human Queens, but my brother insists. When one of them lays claim to me, I’m suspicious. She panicked at the mere sight of me during the rescue and only hours later she selected me for her mate?
I’m no fool. She’s a wily one, talking and squirming her way past my defenses. She’s soft, beautiful and scents like a goddess but I can’t let her ruin my people’s only chance at freedom. Somehow, I have to make her my Queen and set my people free.