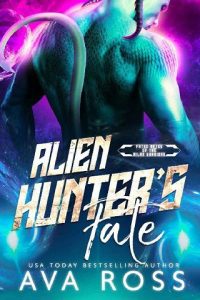 An alien insists I’m his fated mate. After we escape a deadly alien game called the labyrinth, he says he’s keeping me.

This deal was supposed to be simple. Take a shuttle to the space station. Connect with an alien in need of Slaking—their term, not mine. One week between the furs with no hearts involved, something I’m determined to avoid after being burned. I’ll return to Earth, and nine months from now? I’ll deliver a scaly bundle of joy.
Right.
Instead, Krek and I are captured by big alien spiders and thrown into a deadly, underground tunnel game called the labyrinth. The spiders tell us we’re free to go if we survive the challenge.
Krek insists we’ll escape the labyrinth. He says I’ll soon have a child on the way. He also says I’m his fated mate.
And he’s not returning me to Earth…