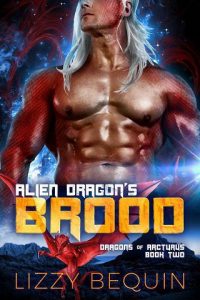 My first mistake was venturing into the wasteland all alone. I thought my weapons could save me. I was wrong.
Attacked. Captured. Chained to an altar.
Now I’m a sacrifice. An offering. A morsel for a dragon to devour.
But this dragon isn’t what you think. Seven feet of ripped muscles and raw power. Sapphire blue eyes that ignite a shameful desire in my belly. His fire breath isn’t the only thing that’s hot about him.
He says I’m his atma. His fated mate. He says I will bear his brood.
But I don’t have time for all that. I have a mission to complete.
My second mistake is defying him.
It’s not wise to make a dragon angry. He’s going to punish my defiance, and he’s going to be very thorough.
The kind of punishment that leaves a girl gasping and begging for more.
Now I’m on the verge of making my third mistake.
Giving in to the dragon’s every demand.