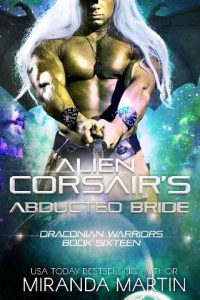 When things get dangerous, your backs against the wall, and the only person who’s willing to help is a massive dragon warrior with gleaming scales, sharp fangs and huge talon tipped wings…

Drakon
I’m an outcast, a scavenger, a lone trader making meager runs between isolated planets on the outer rim. It’s quiet, outside the occasional pirate, and I like it.
My desire for fortune, wealth and glory are a far away dream until I stumble upon a beautiful human queen. One look at her and I will move worlds to make her mine.
She doesn’t trust me because she’s been hurt and that has left her untrusting of all aliens. I’m intent on earning her trust, but right when I think I’m making progress, we’re attacked by a pirate seeking revenge. Instead, he and his crew take her.
I’ll save her even if it means sacrificing my own life.
Betsie
First contact with the cat faced aliens went badly. They abducted me and I became an object of their abuses. When I’m ‘rescued’ by a large, scaly green alien with claws, fangs and huge talon tipped wings, I’m not feeling hopeful about trading alien masters.
Stranded on an uninhabited planet after his rescue, I’m slowly accepting the fact that he’s different than my former masters. When I’m noticing how insanely handsome the dragon looking alien is, and how hot he looks without a shirt on, all hell breaks loose.
I had no idea that we were being hunted or that a group of pirates is intent on getting revenge against Drakon. Or that their plans include selling me back into slavery. When they attack, Drakon and I are forced to work together in order to survive.
The pirates have us outgunned at every turn and when they capture me, I’m forced to accept that this time there will be no rescue.
My one hope is the Draconian warrior who might or might not be coming.