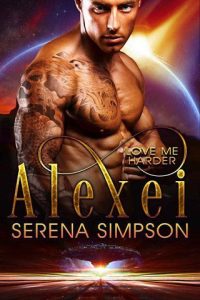 Alexei grew up a Hybrid a mix between his human mother and created father looking for a space to be himself. When ships appeared over the city signaling the start of a war that was predicted when he was a child. He has no desire to fight all he want to do is find a way to get closer to Amber the one person he can’t have.

Amber grew up calling Alexei cousin because she was unofficially adopted by his Uncle Ash. Years have passed as she watched him from a far wanting the one thing she knows she can never have. Why would he pay attention to her that cousin dealing with power she’s just beginning to get a handle on.

The possibility of an alien invasion has thrown them together given them a chance to overcome the barriers that have kept them apart. Now all they have to do is defeat Yaksim a nemesis who shouldn’t know their names. One who has promised them certain death.

*This book contains adult material and is not recommended for readers under the age of 18.